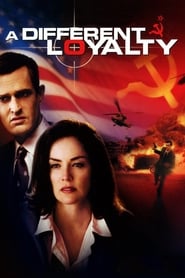 In January 1963, British journalist Leo Cauffield suddenly disappears from his home in Beirut. His wife Sally knew that he was working part-time for British intelligence, but was not prepared to be told by the British embassy that they suspect he has defected to Communist Russia. As his wife puts together the pieces of the mysterious jigsaw of the past, tracking her passionate relationship with her husband and his history as former head of MI6’s counter-espionage section, her relentless search for the truth takes her to London, New York and finally Moscow.