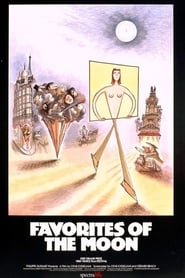 Favourites of the Moon

The story revolves around two objects, a rare set of 18th-century Limoges china, and a 19th century aristocratic portrait. As these items are passed, sold, or stolen from one character to another, a giddy round dance of excess begins to take shape, one which suggests that if history doesn’t repeat itself, it certainly rhymes. Together with co-writer Gérard Brach, whose other co-writing credits include Repulsion and Tess, Otar Iosseliani uses a feather-light touch to expose the futility of class and social order, making a bagatelle of the concerns of rich and poor alike.