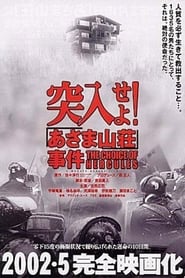 The Choice of Hercules

When radicals from Japan’s Red Army took a woman hostage in the resort town of Karuizawa, Nagano in 1972, Officer Atsuyuki Sassa was put in charge of diffusing the situation. But the task had its challenges. Upon arriving in mountainous Nagano, Sassa had to compete with freezing winter temperatures, conflicting opinions between the Tokyo Metropolitan Police and the Nagano Prefectural Police, as well as public opinion to gain entrance to the lodge that held the single woman captive.